Experience
The Trust Test
A physical, interactive experience. It measures the mutual trust between acquaintances in specific situations. By the end of each test, the closer the participants, the more they trust each other.

Special thanks to Heather Mewton for filming guidance and Nathaniel Hall for the wood work.
In this test, the physical distance between participants visualizes their invisible boundary. After selecting a relationship, participants would physically answer five trust-related questions, which were randomly drawn from five libraries in the order of increasing difficulty. Participants would only step forward if their answer was “Yes, I 100% trust them.”
01
OUTCOME 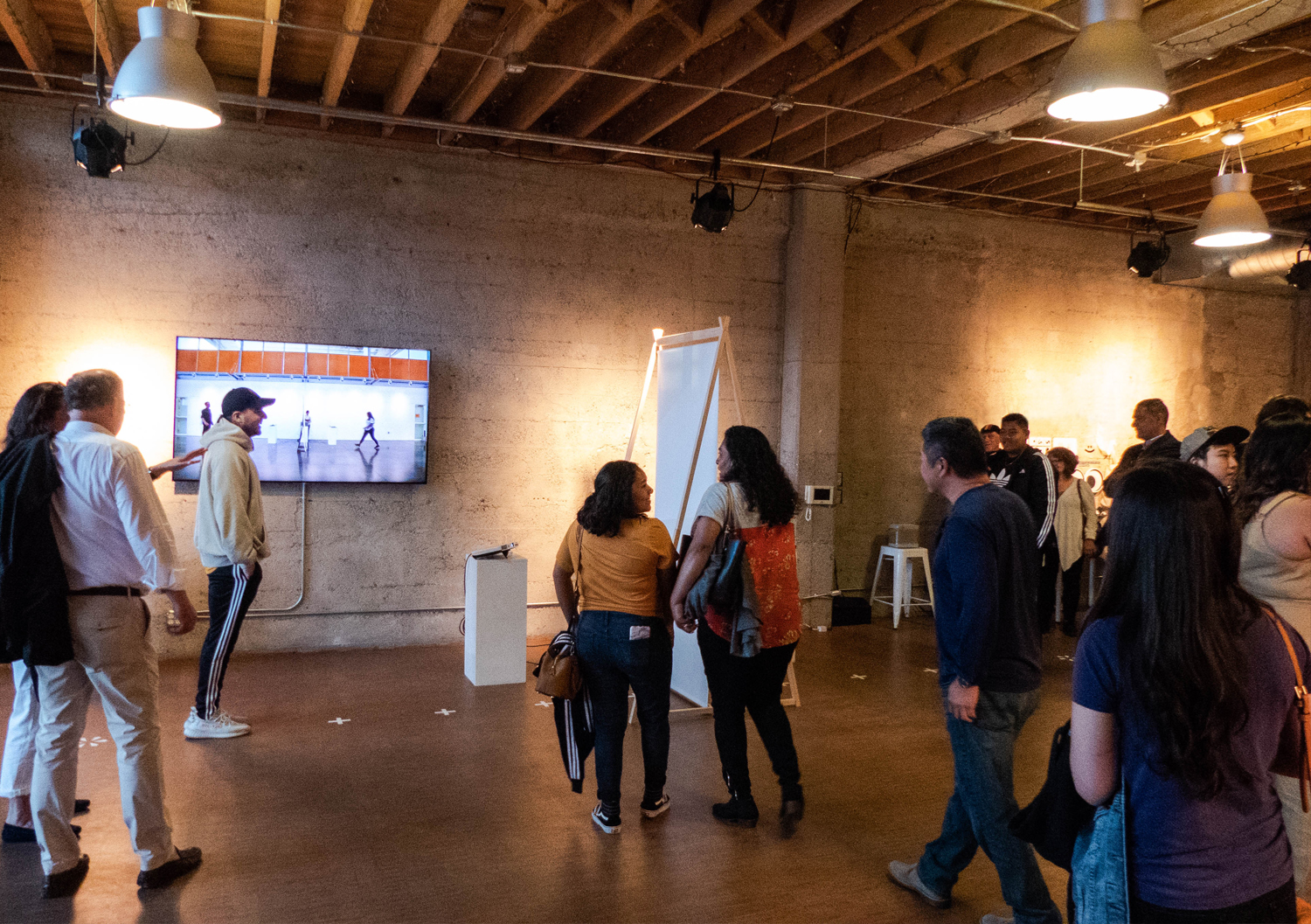 This was my thesis, with a goal of encouraging physical engagement. The goal was reached. At the senior show, the project attracted more than 30 participants and draw many waves of attention. Laughters, claps, sweet kisses… It was one of the most popular spots in the house. 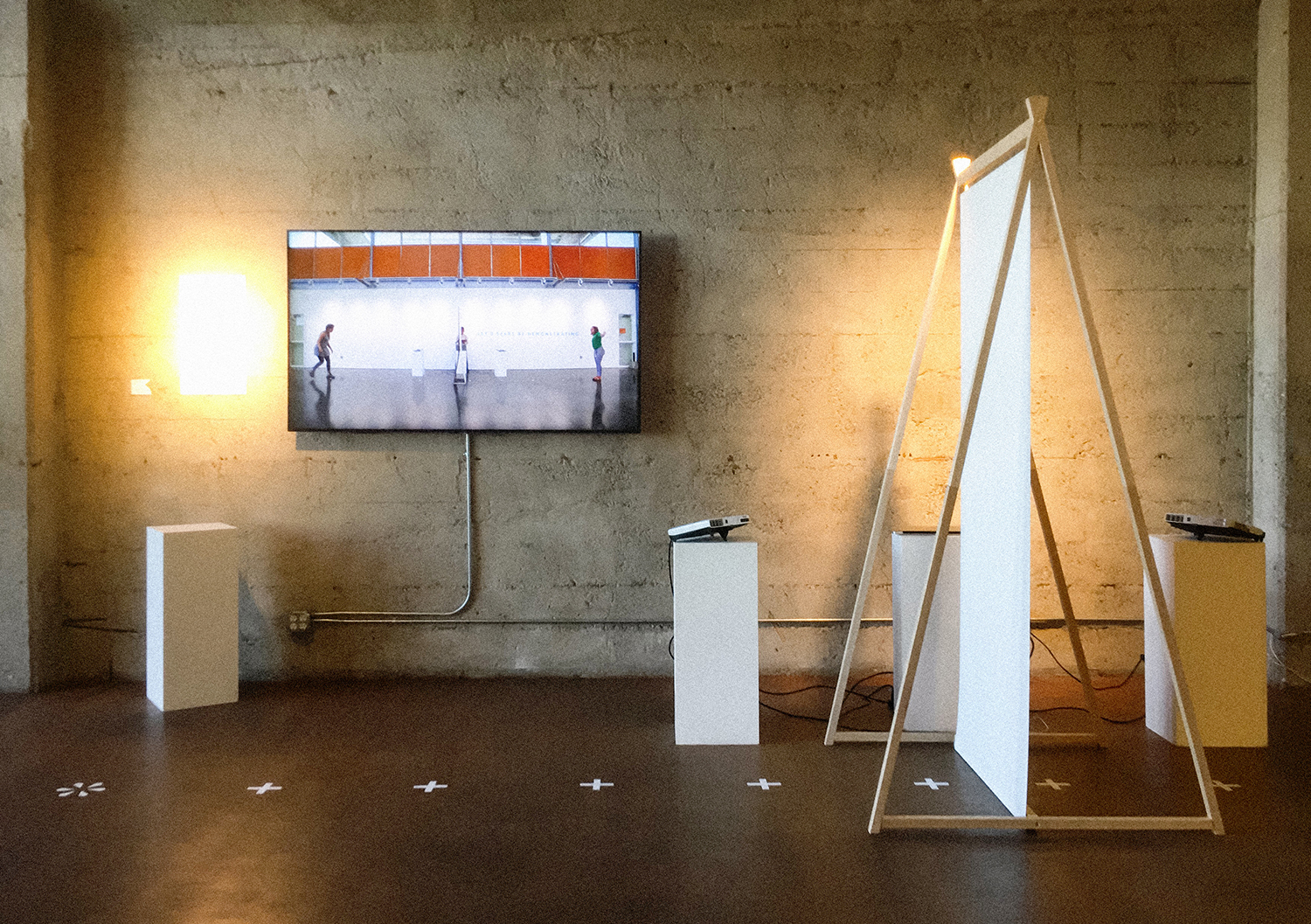 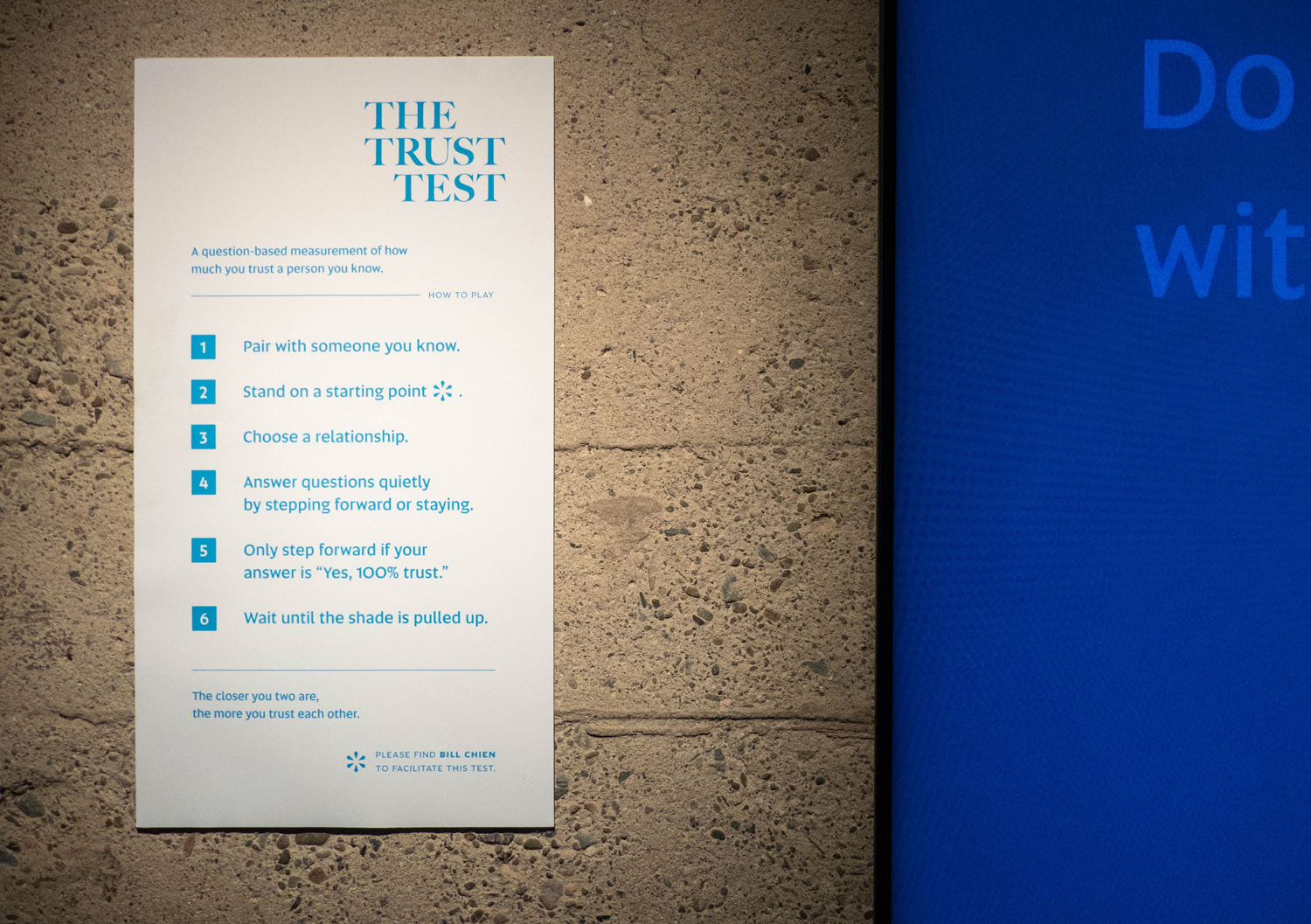 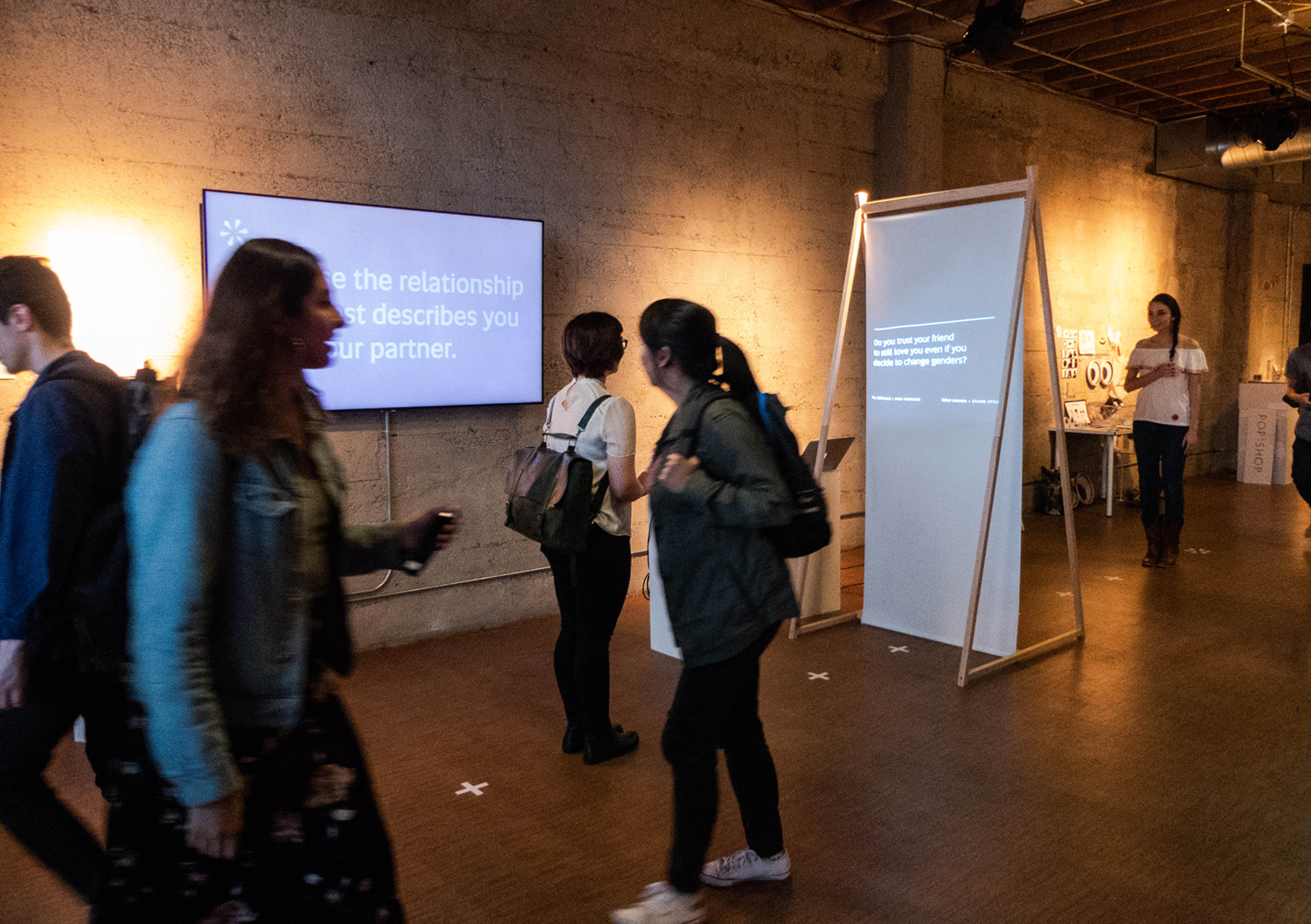 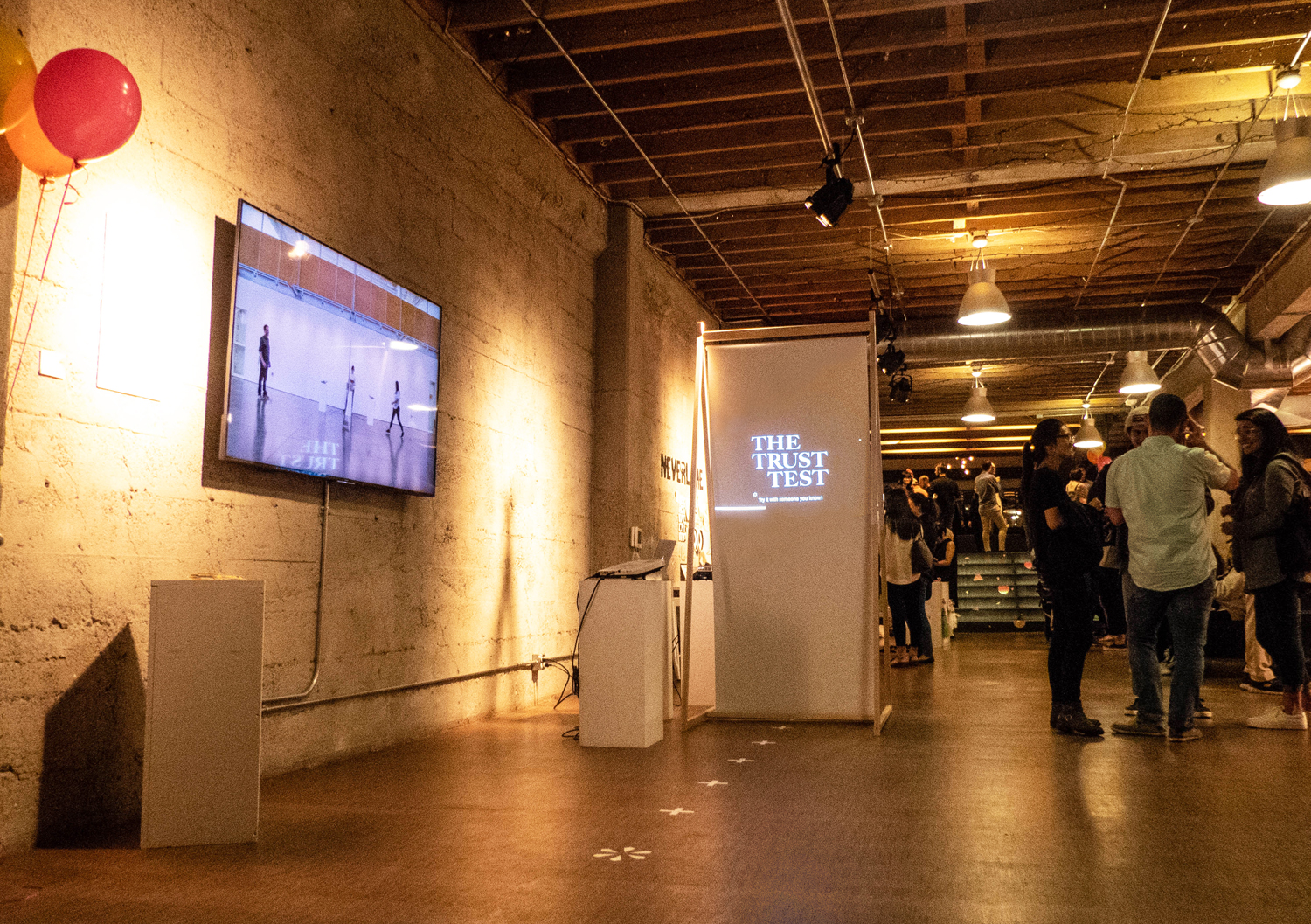 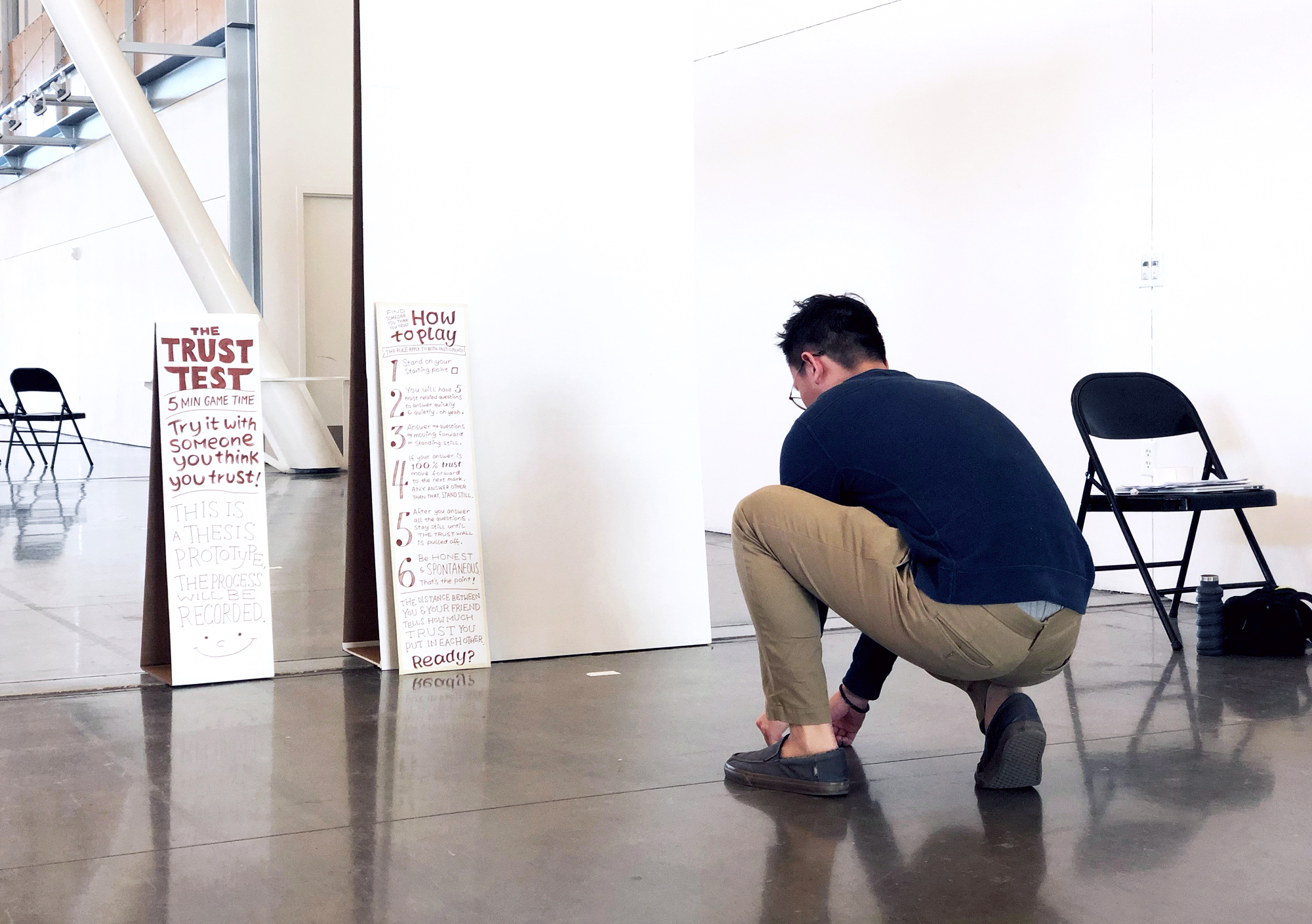 I’m not joking. It came from Paddington 2 and Exploratorium. When I combined the thought of a trusting bear and the form of physical interaction, a game of trust came to my mind. 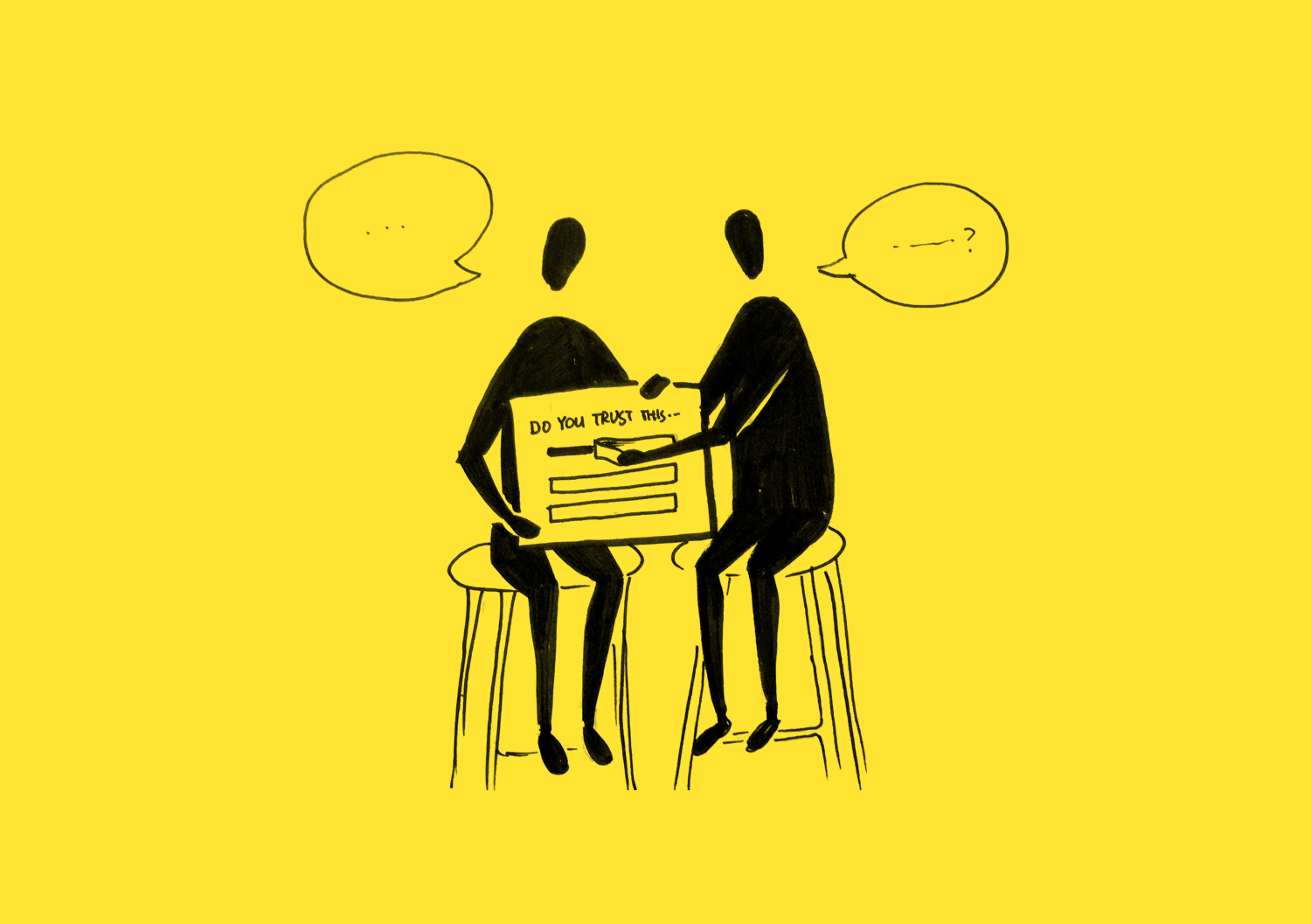 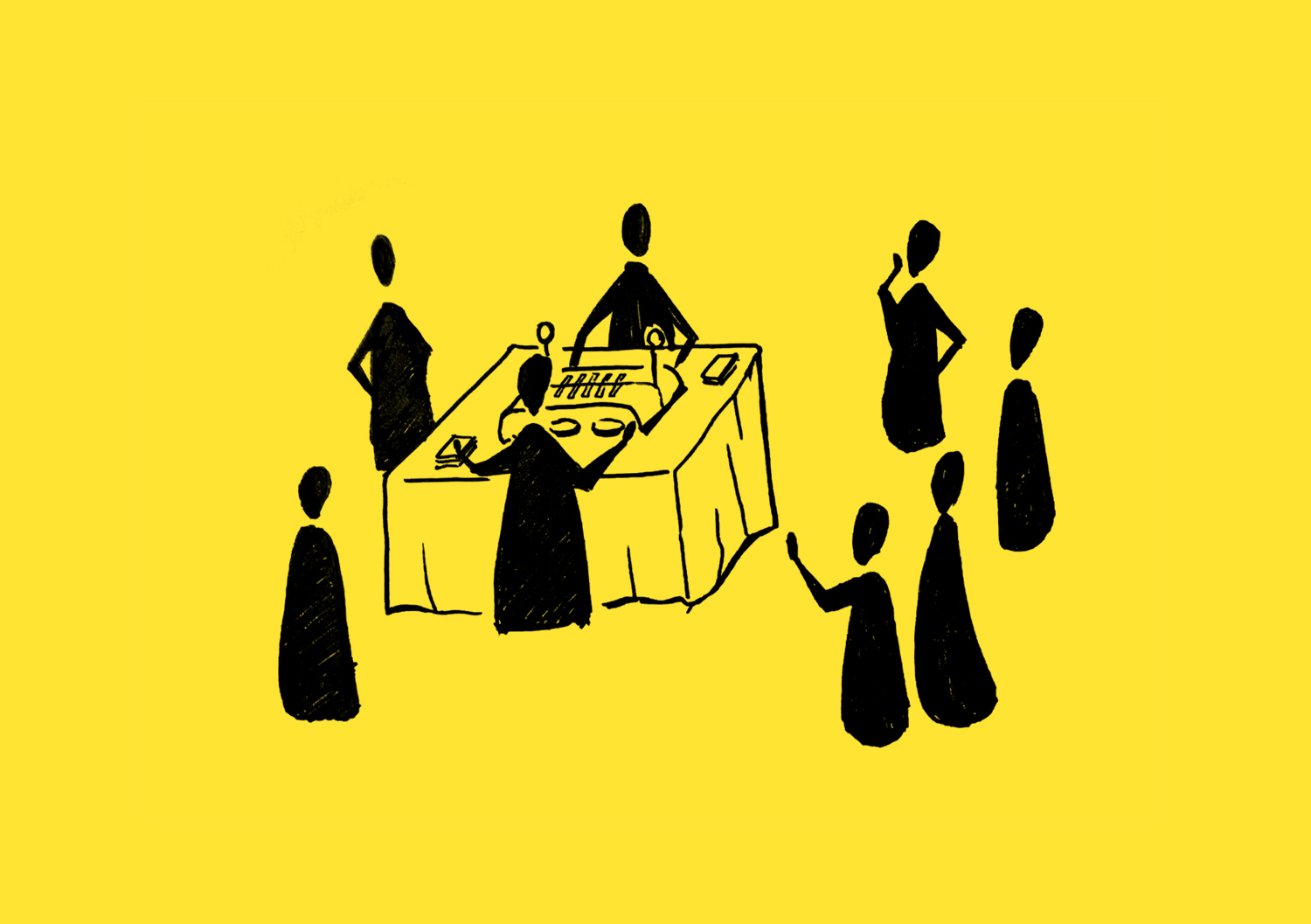 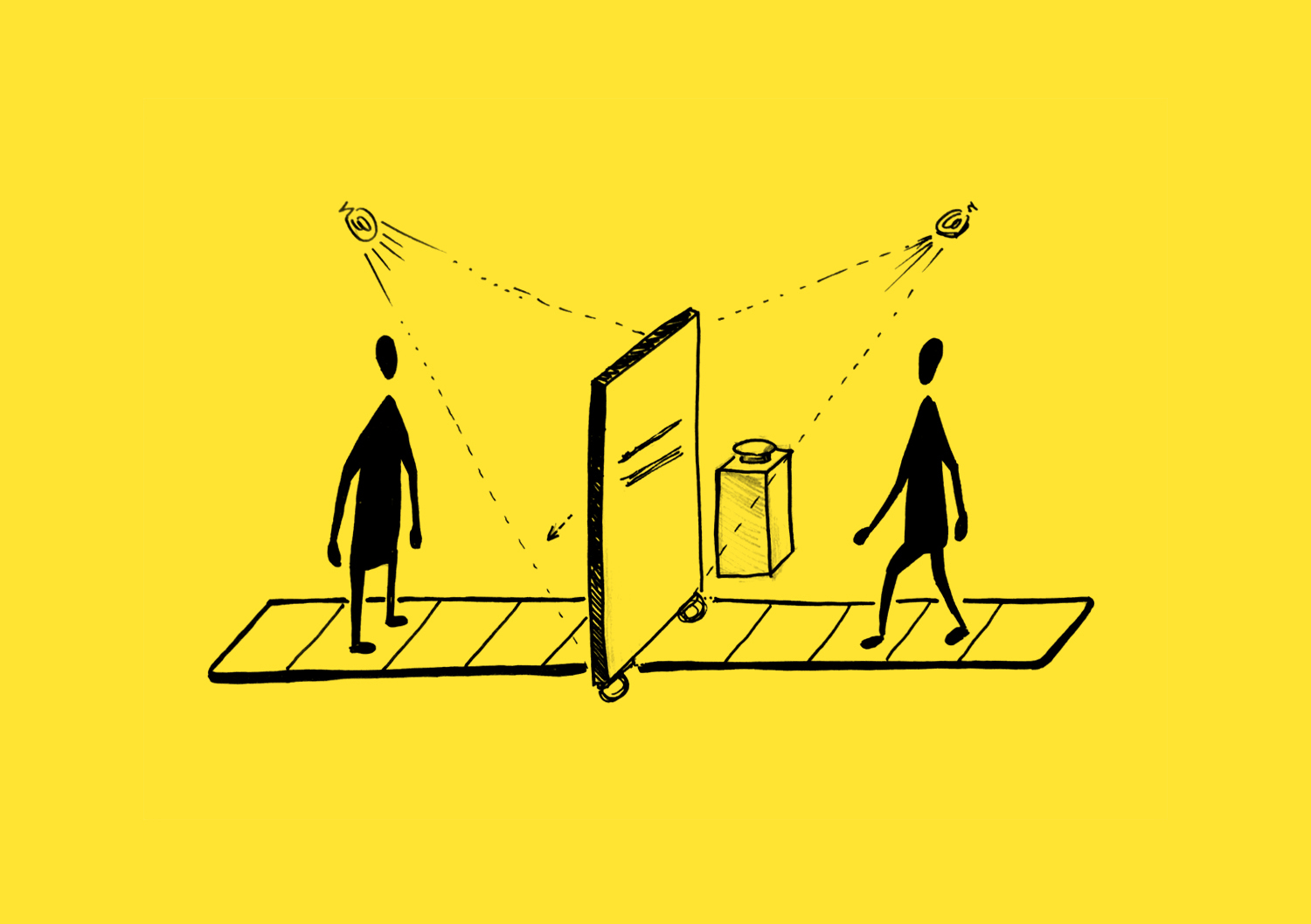 I meant to break the graphic design defining boundary—two-dimension— and think about objects and space. I imagined an experience that revealed participants’ mutual trust, which I questioned whether they should talk about or surprised by. The latter felt more exciting. 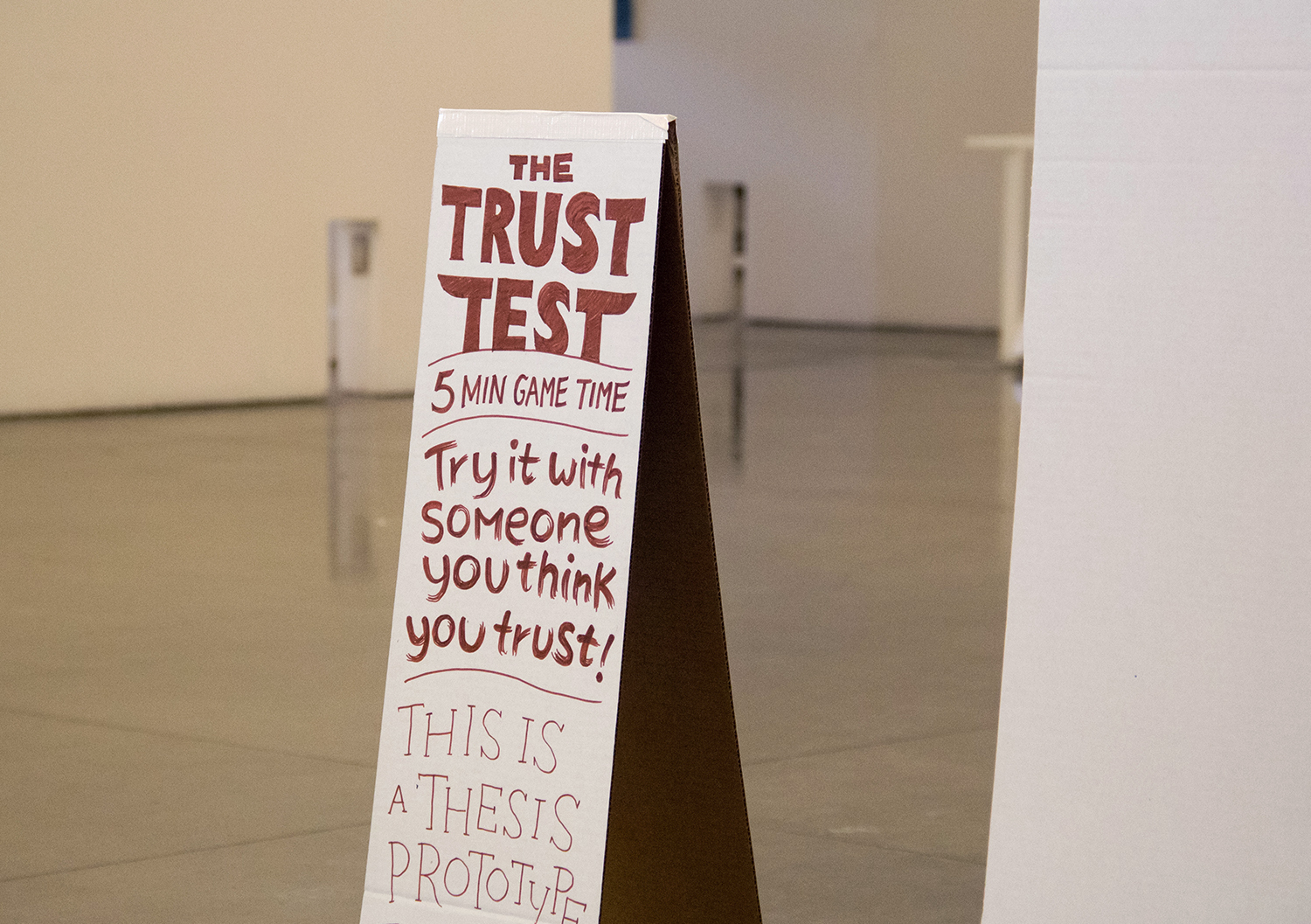 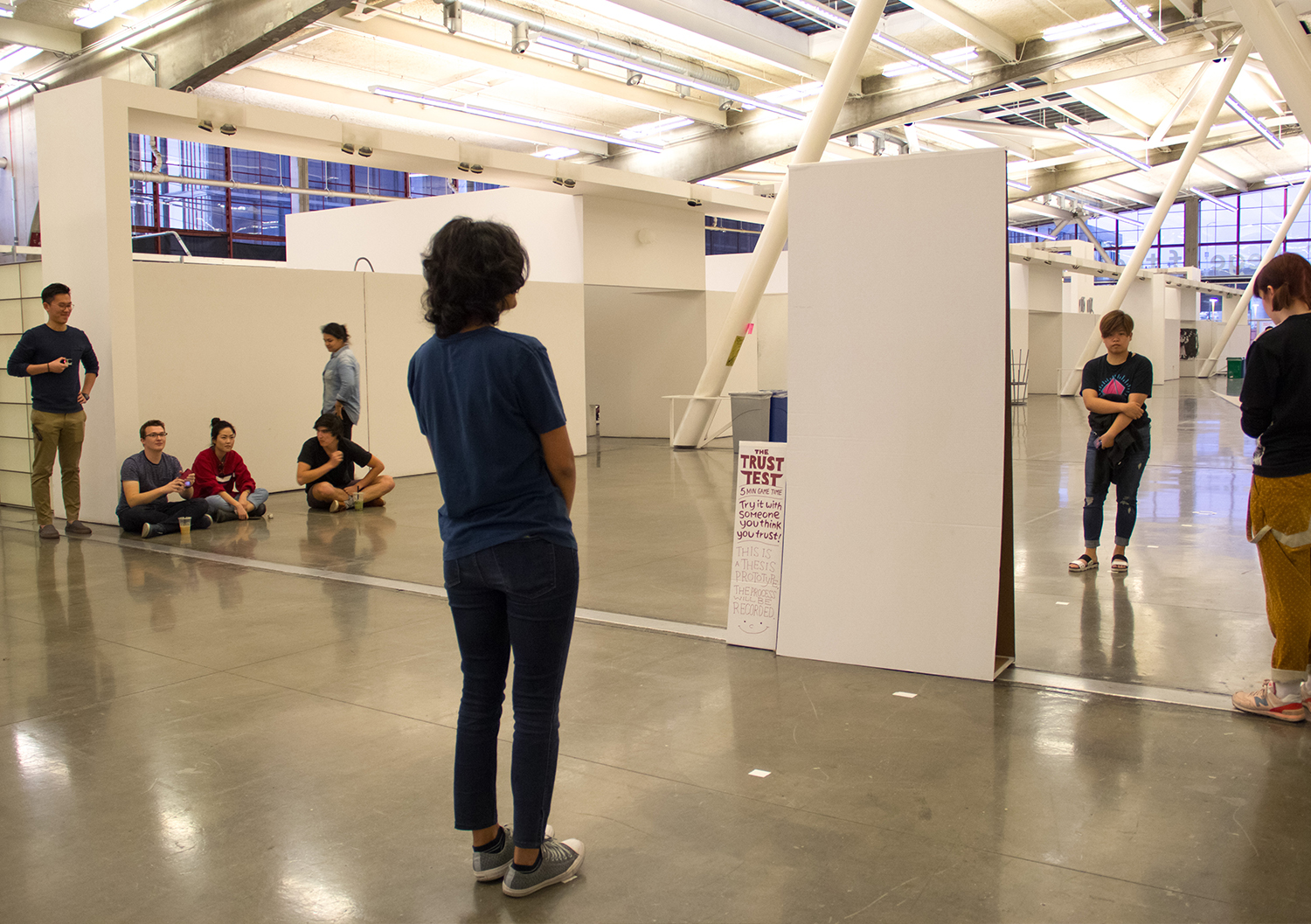 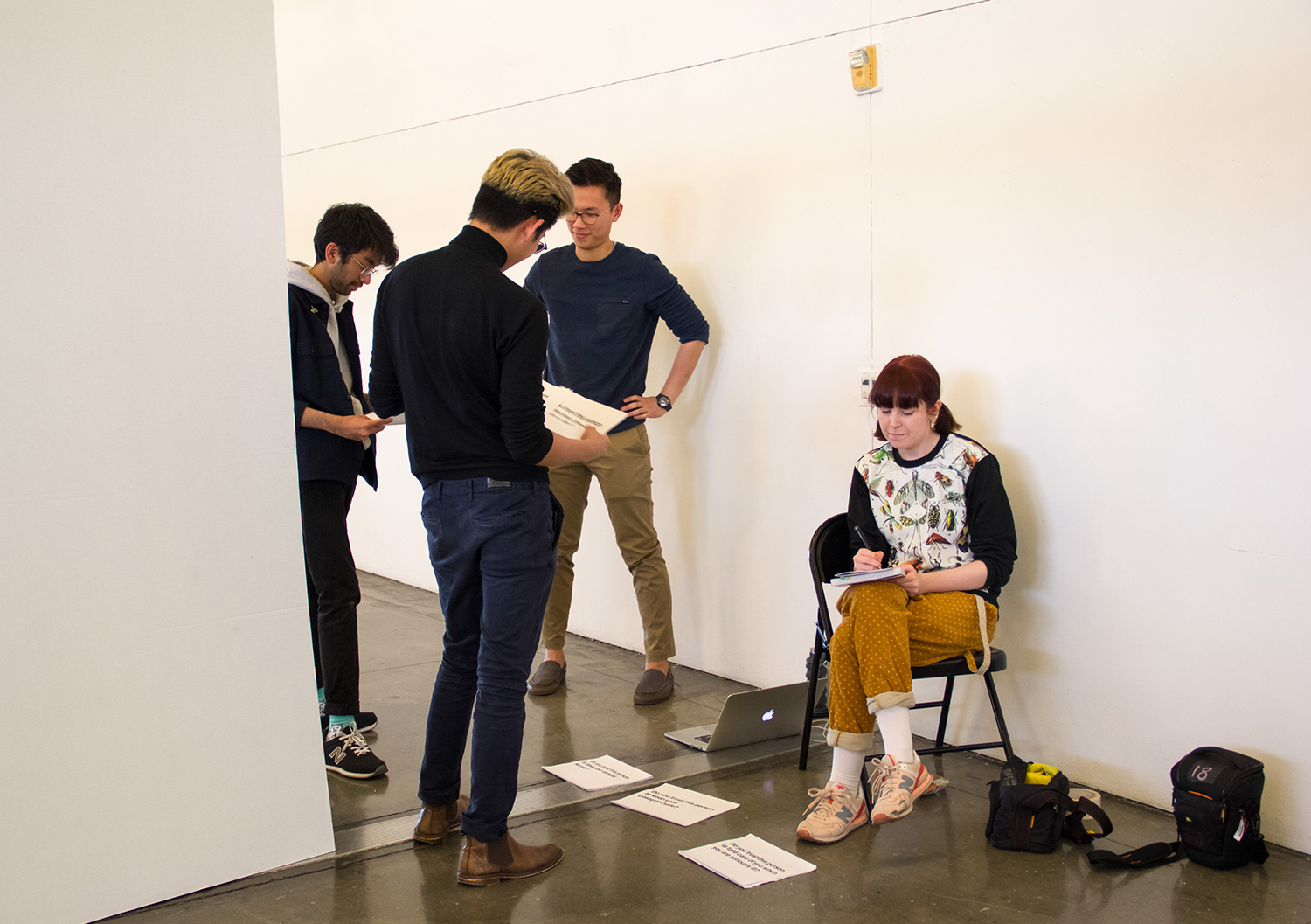 Last idea won the vote. With a camera, a GoPro, cheap cardboards, a marker, a roll of duck tape, and printouts of some trust-related questions, I set up the project’s first prototype. The participants ranged from students to staff, who enjoyed this little test, a lot. 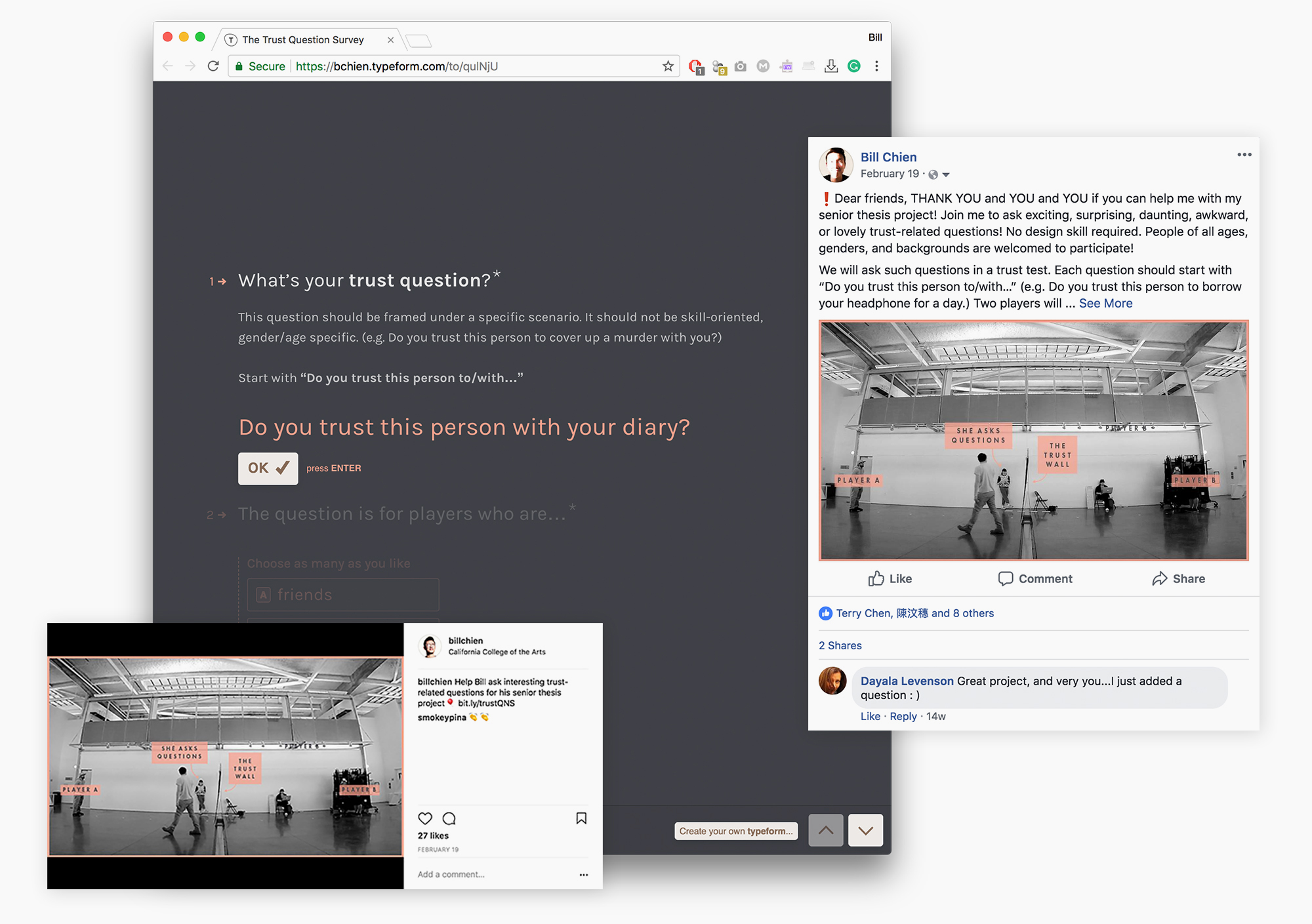 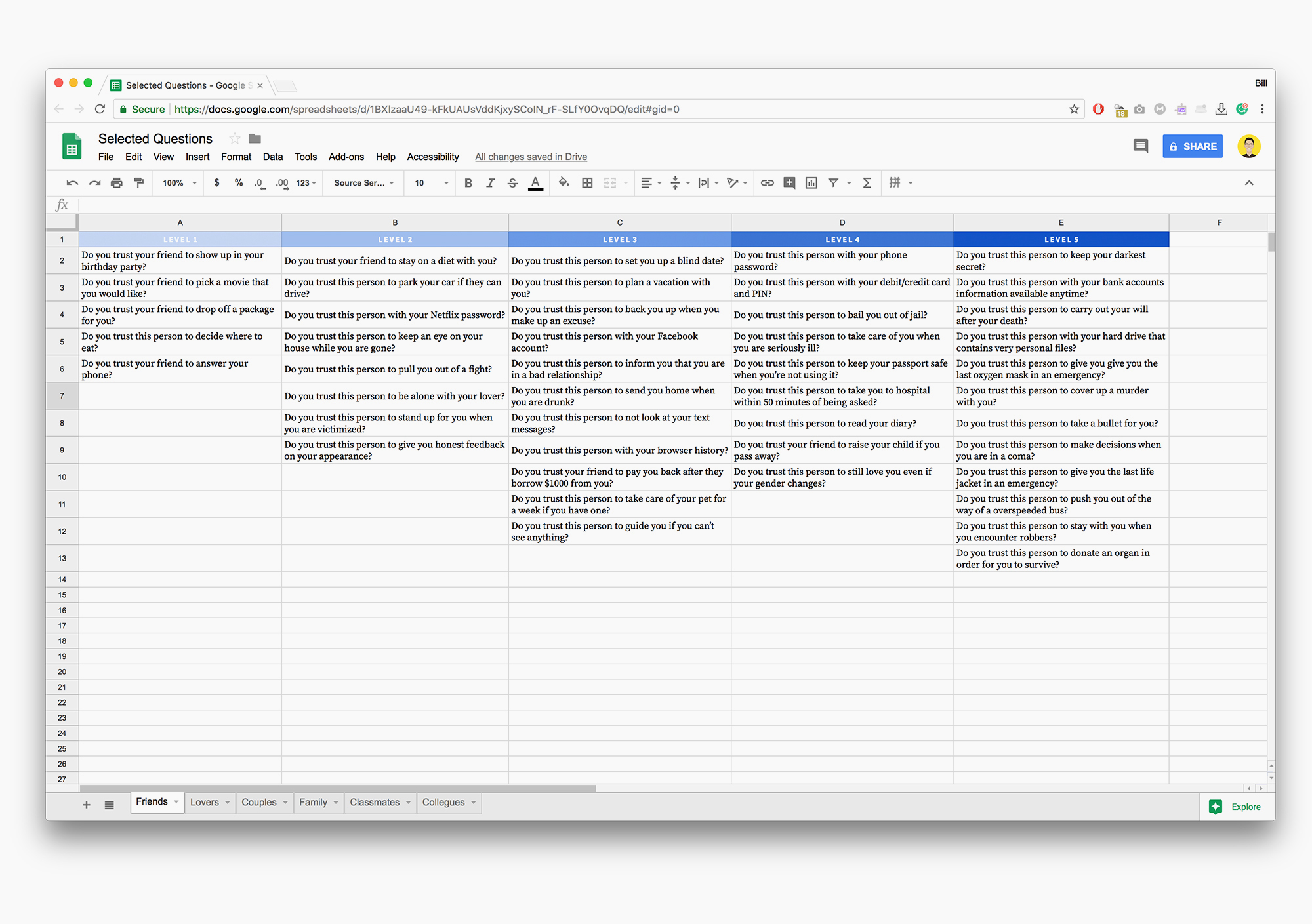 “Do you trust” questions were essential for the project and were easy in the first prototype. To make the test more challenging, I utilized social media to crowdsource more authentic, genuine trust-related questions. Then, based on relationships and contexts, with a few friends, I divided the questions into five levels, from the easiest to the hardest. 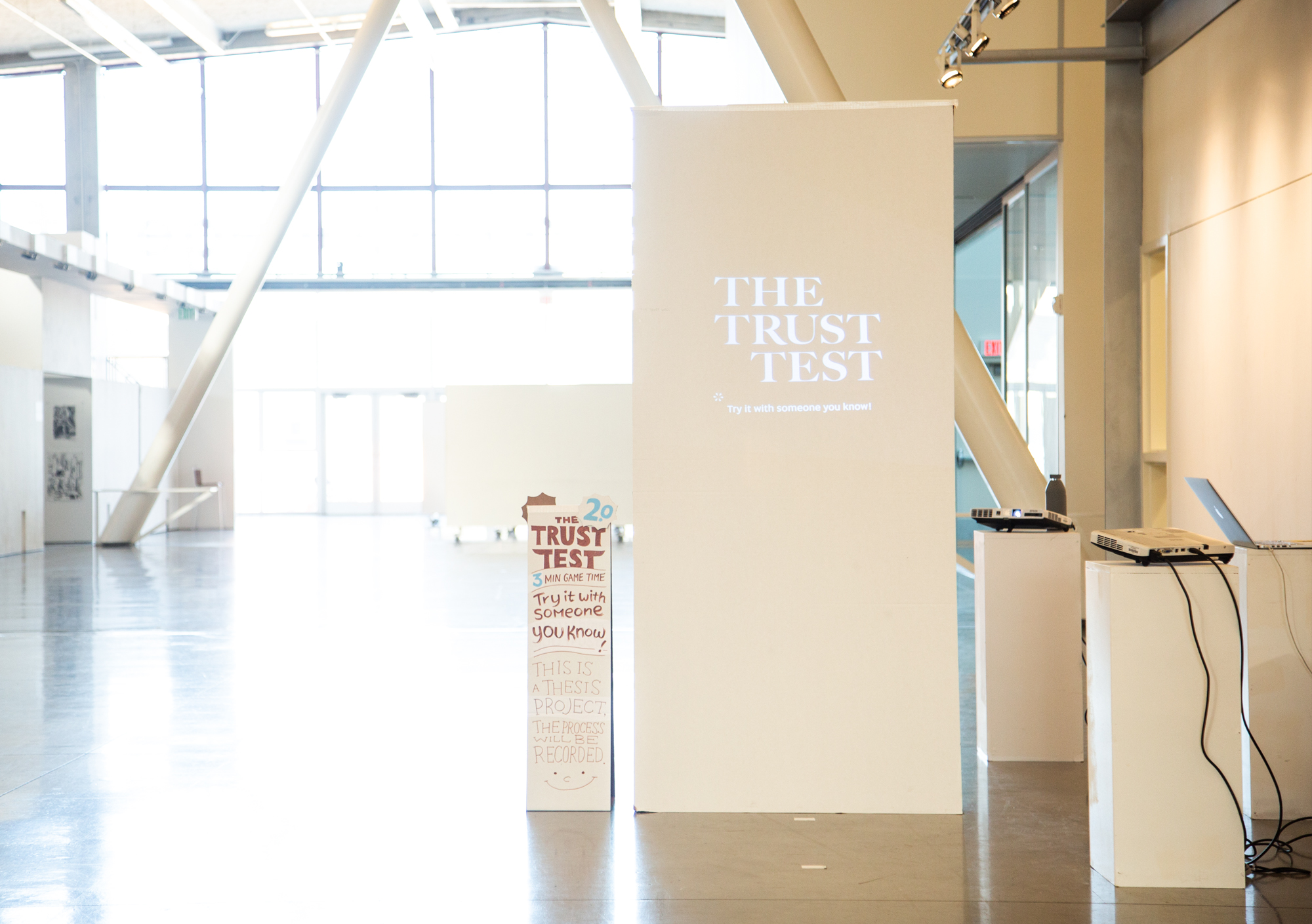 With updated questions, I started a second prototype. This time, I created a digital site that automated the questions being asked based on relationships. That day was also the filming day. That’s right. It’s the film at the beginning of this project page that demonstrates how this experience works. 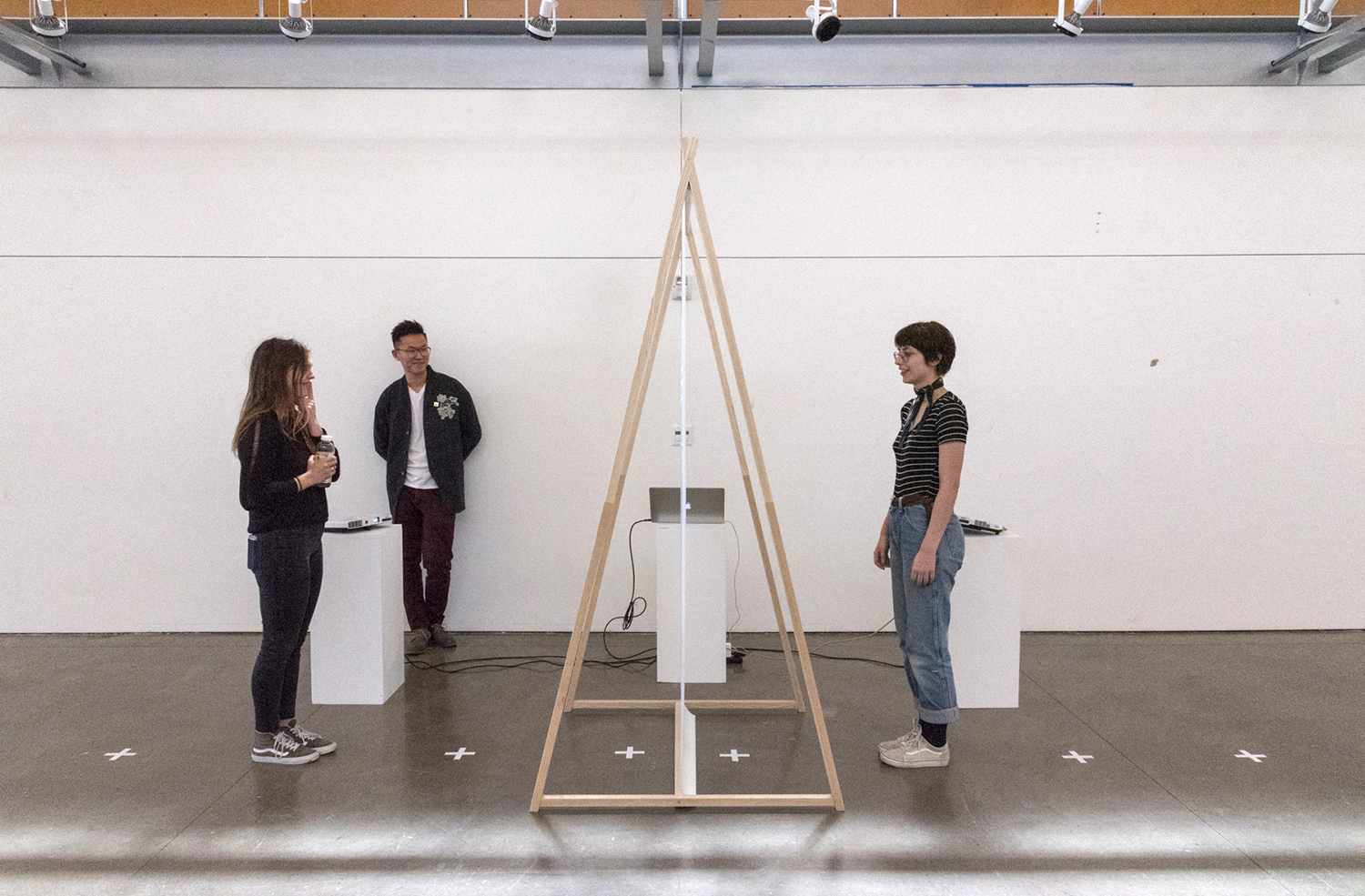 With a designed wood frame, marks and a slip-able blind, the experience was elevated with simplicity and curiosity.